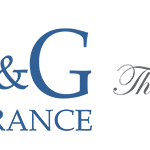 Belize has a small, essentially private enterprise economy that is based primarily on agriculture, tourism, and services.

The cultivation of newly discovered crude oil in the town of Spanish Lookout has presented new prospects and problems for this developing nation. Besides petroleum, Belize’s other primary exports are citrus, sugar, and bananas. Belize’s trade deficit has been growing, mostly as a result of low export prices for sugar and bananas.

The new government faces important challenges to economic stability. Rapid action to improve tax collection has been promised, but a lack of progress in reining in spending could bring the exchange rate under pressure. The Belize Dollar is fixed to the U.S. dollar at a rate of 2:1.

Domestic industry is limited, constrained by relatively high-cost labour and energy and a small domestic market. Tourism attracts the most foreign direct investment although significant foreign investment is also found in the energy, telecommunications, and agricultural sectors.

In 1990, Belize enacted the International Business Companies Act based on the British Virgin Islands model. In ten years, Belize has registered more than 15,000 IBCs. A Belizean IBC is a corporate vehicle for international financial transactions and allows the investor to engage in activities including asset protection, operating bank accounts, brokerage accounts, ship ownership, and commission arrangements.

The IBC legislation was supplemented in 1992 with the enactment of a Trusts Act which provides for both onshore and offshore trusts.

Belize IBCs have the following features:

The IBC Act was introduced in 1990 to implement competitive offshore legislation for Belize IBCs which was subsequently amended to reflect the changes required to provide efficient Belize offshore services.
Efficient incorporation/registration

Belize incorporation is very efficient under normal circumstances, a Belize IBC can be incorporated in a couple of working days.
Flexibility in company structure

The documents for Belize offshore Incorporation do not carry the name or identity of any shareholder or director. The names or identities of these persons do not appear in any public record.
Taxation in Belize

According to the IBC Act of 1990, offshore companies are exempted from all taxes
From WikipediaBelize Companies – World Insurance Companies Logos