Insurance in Suriname – World Insurance Companies Logos. By clicking on the logo of each Surinamese insurer, you can get a set of updates that each insurer offers online.

Clicking on Logos insurance companies gives you instant access to up-to-date information on insurance matters that can help you in the task of choosing the best insurance. 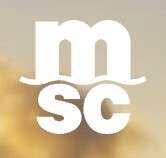 In 2012, Suriname had a population of 541,638, 80% of whom lived in the coastal area. In 1990, the population structure was expansive—but it has become stationary in the under-20 age groups, with an aging population. Population growth in the over-60 age group was very pronounced, increasing by nearly 30% over a nine-year period, while the 0-14 age group grew by only 1.6%.

The economy was stable in the period 2008-2012, with average annual growth of 4.1%. The principal drivers of the economy are the gold mining and oil sectors. Following 2008-2012, there was an economic recession, due to a drop in the price of these products.