Grenada, Caribbean​​ – World Insurance Companies Logos​. By clicking on the logo of each insurer you can obtain a set of update information that each insurer is offered via Internet.

List of insurance logo and names in Grenade. ​Click each logo for getting lots of vital info to select the best insurer. 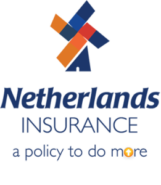 ​This nation has a largely tourism-based, small, open economy. Over the past two decades, the economy has shifted from one of agriculture-dominant into that service-dominates, with tourism serving as the leading foreign currency earning sector. The country’s principal export crops are the spices, nutmeg and mace (Grenada is the world’s second largest producer of nutmeg after Indonesia).

Other crops for export include cocoa, citrus fruits, bananas, cloves, and cinnamon. Manufacturing industries in Grenada operate mostly on a small scale, including production of beverages and other foodstuffs, textiles, and the assembly of electronic components for export.

Economic growth picked up in the late 1990s following slow growth and domestic fiscal adjustment in the early years of the decade. Despite an expansionary fiscal policy, the public debt remained moderate at around 50 percent of GDP deficit were financed partly by privatization receipts. Since 2001, economic growth has declined caused by adverse shocks such as a slowdown in the global economy and natural disasters.

To deal with the shocks, fiscal policy became more expansionary while privatization receipts declined. As a result, public debt increased sharply to near 110 percent of GDP in 2003. Economic conditions worsened when Hurricane Ivan hit the country in September 2004; progress in fiscal consolidation was impeded as government revenues fell and policy priority was shifted to post-hurricane relief.

Although reconstruction has proceeded quickly with significant aid from the international community, tourism and agricultural activities remain weak and nearly offset the stimulus from the reconstruction boom. The country is still facing the difficult task of reconstruction and recovery, while public debt is unsustainable and the government faces large financing gaps.

In the years ahead, reinvigorating growth will be a high priority, and continued efforts are needed to address vulnerabilities.