Rwanda, Africa – World Insurance Companies Logos. The symbol of a company is synonymous with its brand. In insurance, the image of the logo is instantly recognizable and allows the customer to associate the company with the useful qualities such as trust, the right price and many other vital issues about finding the best insurance.

Click on the logo image of the insurance companies to get a bunch of updated information for every insurer in RWANDA. We would like to help you find the best assurance. 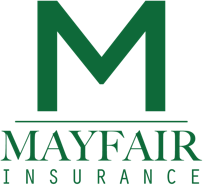 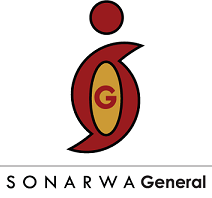 Rwanda’s economy suffered heavily during the 1994 genocide, with widespread loss of life, failure to maintain infrastructure, looting, and neglect of important cash crops. This caused a large drop in GDP and destroyed the country’s ability to attract private and external investment.

The economy has since strengthened, with per-capita GDP (PPP) estimated at $1,784 in 2015, compared with $416 in 1994. Major export markets include China, Germany, and the United States. The economy is managed by the central National Bank of Rwanda and the currency is the Rwandan franc; in August 2015, the exchange rate was 755 francs to the United States dollar. Rwanda joined the East African Community in 2007, and has ratified a plan for monetary union amongst the five member nations, which could eventually lead to a common East African shilling.

Rwanda is a country of few natural resources, and the economy is based mostly on subsistence agriculture by local farmers using simple tools.

The Rwandan genocide, known officially in Rwanda as the genocide against the Tutsi, was a genocidal mass slaughter of Tutsi and moderate Hutu in Rwanda by members of the Hutu majority government. An estimated 500,000–1,000,000 Rwandans were killed during the 100-day period from April 7 to mid-July 1994, constituting as much as 70% of the Tutsi and 20% of Rwanda’s total population.

The genocide was planned by members of the core political elite, many of whom occupied positions at top levels of the national government. Perpetrators came from the ranks of the Rwandan army, the Gendarmerie, government-backed militias including the Interahamwe and Impuzamugambi, as well as countless ordinary civilians.

On April 6, 1994, an airplane carrying Habyarimana and Burundian president Cyprien Ntaryamira was shot down on its descent into Kigali, killing all on board.
Genocidal killings began the following day; soldiers, police, and militia quickly executed key Tutsi and moderate Hutu leaders, then erected checkpoints and barricades and used Rwandans’ national identity cards to systematically kill Tutsi. These forces recruited or pressured Hutu civilians to arm themselves with machetes, clubs, blunt objects, and other weapons to rape, maim, and kill their Tutsi neighbors and to destroy or steal their property.

The breach of the peace agreement led the RPF to restart its offensive and rapidly seize control of the northern part of the country before capturing Kigali in mid-July, bringing an end to the genocide. During these events and in their aftermath, the United Nations (UN) and countries, including the United States, the United Kingdom, and Belgium were criticized for their inaction, including failure to strengthen the force and mandate of the UN Assistance Mission for Rwanda (UNAMIR) peacekeepers, while observers criticized the government of France for alleged support of the Hutu-led government after the genocide had begun.

Today, Rwanda has two public holidays mourning the genocide. The national mourning period begins with Kwibuka, the national commemoration, on April 7 and concludes Liberation Day on July 4. The week following April 7 is an official week of mourning, known as Icyunamo. The genocide served as an impetus for creating the International Criminal Court to eliminate the need for ad hoc tribunals to prosecute genocide, crimes against humanity, and war crimes.
​From Wikipedia
Rwanda, Africa – World Insurance Companies Logos