Liberia, Africa – World Insurance Companies Logos​. The graphic mark of a company is synonymous with its brand.
In insurance, a logo is instantly recognizable and allows the customer to associate the company with the useful qualities such as trust, the right price and many other vital issues about finding the best insurance.
Click on the insurance company logos to get a lot of up-to-date information from every insurer. We would like to help you find the best assurance.

Monitor the best insurers, based on costs, coverage, customer service and claim assistance. Find out which insurance company you trust. 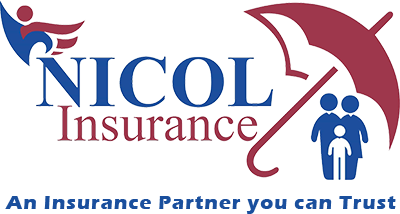 View the logos and names of major insurance companies in Eritrea on the Eritrea, Africa page.

This country is one of the poorest countries in the world, and its economy is extremely underdeveloped, largely due to the First Civil War in 1989-96.
The civil war destroyed much of the economy, especially the infrastructure in and around Monrovia.
The war also caused a brain drain and the loss of capital, as the civil war involved overthrowing the Americo-Liberian minority that ruled the country.
Some returned during 1997, but many have not. Richly endowed with water, mineral resources, forests, and a climate favorable to agriculture, but poor in human capital, infrastructure, and stability, this region has a fairly typical profile for Sub-Saharan African economies – the majority of the population is reliant on subsistence agriculture, while exports are dominated by raw commodities such as rubber and iron ore. Local manufacturing, such as it exists, is mainly foreign-owned.

The democratically elected government, installed in August 1997, inherited massive international debts and currently relies on revenues from its maritime registry to provide the bulk of its foreign exchange earnings. The restoration of the infrastructure and the raising of incomes in this ravaged economy depend on the implementation of sound macro- and micro-economic policies of the new government, including the encouragement of foreign investment.

Shipping flag of convenience
Liberia maintains an open maritime registry, meaning that owners of ships can register their vessels as Liberian with relatively few restrictions.

This has meant that ship registration is usually understood as the employment of a flag of convenience. The country has the second-largest maritime registry in the world behind Panama, with 3,500 vessels registered, under its flag accounting for 11% of ships worldwide. This includes 35% of the world’s tanker fleet. The nation earned more than $18 million from its maritime program in 2000.

Foreign aid
This Nation has relied heavily on vast amounts of foreign assistance, particularly from the United States, Japan, Britain, France, Italy, Germany, the People’s Republic of China, and Romania. But because of the Liberian Government’s perceived disregard for human rights, foreign assistance has declined drastically.

The Republic of China (Taiwan) and Libya are currently the largest donors of direct financial aid to the Liberian Government. Significant amounts of aid continue to come in from Western countries through international aid agencies and non-governmental organizations, avoiding direct aid to the government.
​
Communications
Communications refers to the press, radio, television, fixed and mobile telephones, and the Internet. There are six major newspapers in Liberia, and 45% of the population has a mobile phone service.

The number of registered newspapers and radio stations (many of them community stations) is on the rise despite the limited market potential. And politically critical content and investigative pieces do get published or broadcast
Liberia, Africa – World Insurance Companies Logos​