Libya, Africa – World Insurance Companies Logos. The graphic mark of a company is synonymous with its brand. In insurance, a logo is immediately recognizable and allows the customer to associate the business with the useful qualities such as trust, the fair price and many other essential questions about the task of finding the best insurance.

Click on the insurance company logos to get a bunch of up-to-date information from every insurer in LIBYA. We are interested in helping you find the best insurance. 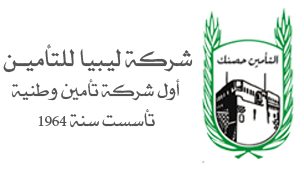 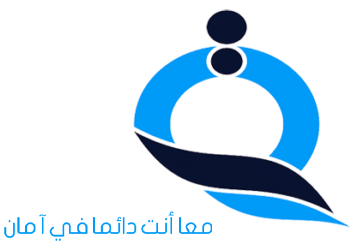 Although the Libyan authorities have largely invested in health services in the three decades up to 2011, which reflected positively in the population’s health indicators, some significant challenges remained, most notably:

The scarcity of national health information led to inaccurate health indicators regarding the causes of mortality and morbidity.
The high incidence of HIV/AIDS among intravenous drug users in the world.
A shift in the burden of disease over the past 20 years towards noncommunicable diseases (NCDs). Other major setbacks in the country’s health system included:

A big proportion of the health workers were foreigners, especially in the southern part of the country.
Poorly functioning primary health care (PCH) network, particularly in the main cities (Benghazi and Tripoli).
Many Libyan were sent for treatment abroad, which consumed a substantial proportion of the country’s health expenditures.
Since the beginning of the 2011 conflict, the Libyan health system has been adversely affected. Many factors impose serious challenges to the public health sector, such as the insufficiency of health information system, severe medical supply shortage, and loss of the health staff.

Health services are becoming progressively unavailable. For example, Al Zahra Kidney Hospital near Tripoli was severely damaged and looted during April 2015 clashes. Many hospitals in Benghazi were forced to close because of security concerns. In the meanwhile Benghazi Medical Center (BMC) became the primary hospital for the provision of health care in the city of Benghazi. The country is facing severe shortage of medications, medical supplies, and vaccinations which is basically caused by the lack of security and the interrupted supplies delivery.

Among the shortage list are chronic disease medications like insulin, anti-tuberculosis, anti-neoplastic, and HIV/AIDS medications as well as laboratory reagents, obstetric and renal dialysis supplies and intravenous fluids. Surgical theaters are suffering from the insufficiency of anesthetics, dressing materials, and internal fixators for fractures.

The country is witnessing a wave of internal displacement, it is estimated that the total number of IDPs in Libya is 435 000 according to OCHA although the actual scale of this situation and the humanitarian needs of displaced persons is not clear. Most of the IDPs were forced to be displaced more than once and they are scattered around 35 towns and cities.

The local authorities and nongovernmental organizations(NGOs) state that the displaced population in lacking water, food, shelter, health care and other basic commodities. On the other hand, the hosting cities and town are also facing significant pressure. Since June 2014 the food, fuel, water, medical supplies and electricity shortage has worsened.