Lietuva – Europa – draudimo bendrovė Logotipai aplink pasaulį. Lithuania, Europe. The graphic mark of a company is synonymous with its brand. In insurance, a logo is immediately recognizable and enables the customer to associate the company with the useful qualities such as confidence, the right price, and a lot of other vital questions about the task of finding the best insurance. Click on the logos of the insurance companies to get a bunch of updated information offering every insurer from Lithuania. We would like to help you find the best insurance online.

Monitor the best insurance providers in Lithuania, according to cost, coverage, customer service and claims support. Find out what insurance company you trust. 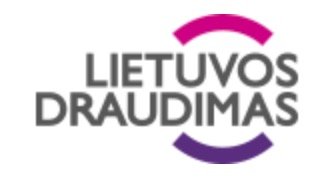 After independence in 1918 a health care system based on the Bismarck model began to develop. In 1949, when it was absorbed into the USSR, it was reorganized according to the centralized Semashko system. It was relatively well funded and the population’s health status was better than in other parts of the USSR. Lithuania moved away from a system funded mainly by local and state budgets to a mixed system, predominantly funded by the National Health Insurance Fund in the late 1990s. The deterioration in health which occurred during the first phase of social reforms was halted in 1994 and the standardized death rate decreased from 12.06 (per 1000 population) in 1994 to 10.16 in 1998.

The National Health Concept was adopted in 1991 by the Supreme Council – Reconstituent Seimas. It introduced health insurance, and prioritized disease prevention and primary care. In 1998 the Lithuanian Health Program was adopted by the Seimas. This set as priorities the reduction of mortality and increased life expectancy, improvements in the quality of life, and increases in health equity. The National Health Insurance Fund was established.

By 2000 the vast majority of Lithuanian health care institutions were non-profit-making enterprises and a private sector developer, providing mostly outpatient services which are paid for out-of-pocket. The Ministry of Health also runs a few health care facilities and is involved in the running of the two major Lithuanian teaching hospitals. In 2012 there were 52 fewer hospitals than there had been in 1990. There were 66 general hospitals, 26 secondary hospitals, 49 nursing hospitals, and 4 rehabilitation hospitals. The ministry is responsible for the State Public Health Centre, which manages the public health network including ten county public health centers with their local branches. The ten counties run the county hospitals and specialized health care facilities.

There is now Compulsory Health Insurance for Lithuanian residents. There are 5 Territorial Health Insurance Funds, covering Vilnius, Kaunas, Klaipėda, Šiauliai and Panevėžys. The contributions of people who are economically active are 9% of income. In 2016 225,510 people, about 8% of the population, had not paid their contributions to the National Health Insurance fund, but it was thought many were actually not in the country. The insurance scheme does not cover adult dentistry or, for most people, outpatient prescription medicines. Only about 1% take out additional voluntary health insurance.

Emergency medical services are provided free of charge to all residents. Access to hospital treatment is normally by referral from a General Practitioner. Prescribable medicines are listed in the Lithuanian State Medicines Register.