Malawi, Africa – World Insurance Company Logos. The graphic mark of a company is synonymous with its brand. In insurance, a logotype is immediately recognizable and allows the customer to associate the business with the useful qualities like trust, the right price and many other essential questions in search of the best insurer.

Click on the insurance company logos to get a bunch of updated information offering to every insurer. We are interested in helping you find the best insurance. 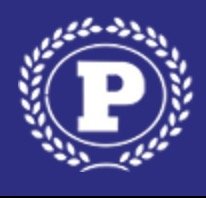 Malawi has a three-tier healthcare system in which each level is connected by a patient referral system. However the health system structure exist in publications only where it mirrors national health systems in the West and just whilst just like other systems in Malawi, it does not function. This is largely due to lack of manpower, lack of basic/expert skills set, overpopulation, lack of equipment/technology, corruption, lack of political commitment, lack of sufficient funds, poor prioritisation in budgeting and low motivation among personnel.

According to World Health Organization Report, the Malawi health system ranks number 185 out of 190. The figurative picture of the health system can be created by understanding the indicators of a failing system or the mere non existence of the system. There is no emergency systems in place for medical services, fire service or crime response (no ambulated paramedic response system, as in a 112 or 999 service).

Where there’s a need to obtain such services, victims are required to meet the cost. Only the very few privately run hospitals in the two major cities of Blantyre and Lilongwe have very limited non purposely built vehicles serving as basic ambulances used to transport their paying patients mostly without life saving equipment onboard or an on-board paramedic.

In April 2012, the then State President suffered a cardiac arrest which resulted in his death due to lack of medication both within the presidential medical team and at the main referral hospital where he was attended to. As of 2016, Malawi has only one qualified cardiologist consultant who is based in a private hospital.

A recent survey indicates that, unlike in cases of HIV, Malaria, or TB, patients suffering from diseases which require expert clinical skills and equipment, i.e., cardiac or neural related problems, are likely to receive wrong diagnosis and incorrect treatment or medication resulting to in unnecessarily high mortality rates. There is no provider of aeromedical service within Malawi.

Malawi has the lowest ranking in health system among countries which are not affected by civil wars, however the medical services delivered still rank lower than some war torn countries. There is no national record information system for patient records. Most common medication found in hospital pharmacies in the west are not available locally, i.e., treatment for the heart diseases or cancer are unavailable. There is an uncontrolled circulation of internationally banned drugs or out-of-date drugs in flea markets.