Insurance in Paraguay – World Insurance Companies Logos​. The graphic mark of a company is synonymous with its brand. In insurance, a logo is instantly recognizable and allows that the customer associates the company with the useful qualities such as trust, the fair price, and many other vital issues on the task of finding the best insurance.

​Clicking on Logos insurance companies gives you instant access to up-to-date information on insurance matters that can help you in the task of choosing the best insurance., and also, get phone numbers, addresses, and prices, that Insurers offer on the Internet. 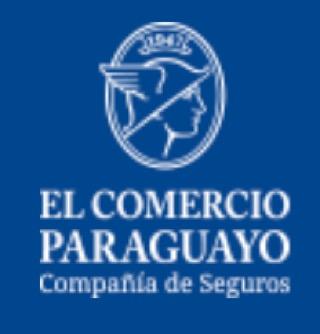 In terms of major health indicators, health in this country ranks near the median among South American countries. In 2003 Paraguay had a child mortality rate of 29.5 deaths per 1,000 children, ranking it behind Argentina, Colombia, and Uruguay but ahead of Brazil and Bolivia. The health of people living outside urban areas is generally worse than those residing in cities.

Many preventable diseases, such as Chagas’ disease, run rampant in rural regions. Parasitic and respiratory diseases, which could be controlled with proper medical treatment. In general, malnutrition, lack of proper health care, and poor sanitation are the root of many health problems in this country

Health care funding from the national government increased gradually throughout the 1980s and 1990s. Spending on health care rose to 1.7 percent of the gross domestic product (GDP) in 2000, nearly triple the 0.6 percent of GDP spent in 1989. But during the past decade, improvement in health care has slowed.

This nation spends less per capita (US$13−20 per year) than most other Latin American countries. A 2001 survey indicated that 27 percent of the population still had no access to medical care, public or private.

Private health insurance is very limited, with pre-paid plans making up only 11 percent of private expenditures on health care. Thus, most of the money spent on private health care (about 88 percent) is on a fee-for-service basis, effectively preventing the poor population from seeing private doctors.