Somalia, Africa – World Insurance Companies Logos. A company’s symbol means its brand. In insurance, the logo image is immediately recognizable and allows the client to associate the company with the useful qualities like confidence, the fair price and many other essential questions about the task of finding the best insurance. Click on the logo image of the insurance companies to get a lot of up-to-date information for every insurer in SOMALIA. We would like to help you find the best assurance.

Image of the Somali insurance logo. Click on the image of the logo of insurance companies to access a wealth of knowledge on insurance matters. 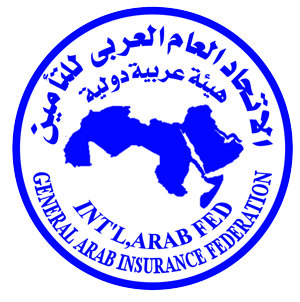 A dramatic increase in piracy off the coast of Somalia and a ten-fold increase in insurance premiums has sent the cost of sending ships through one of the world’s busiest transport routes, soaring, shipping experts said yesterday.

The warning came as pirates hijacked the latest cargo ship off the Horn of Africa yesterday. The South Korean vessel and its nine crew joined 10 other ships being held for ransom by pirates in Somali waters as the country suffers a crippling humanitarian crisis and its worst bout of insecurity since the early 1990s.

Insurance companies have increased premiums for sending a cargo shipment through the Gulf of Aden to about $9,000 from $900 a year ago.Meanwhile, the pirates, who use speed boats and are armed with rocket propelled grenades and assault rifles, have become increasingly sophisticated in their attacks. Ships are typically held for at least three months before a ransom, which averages $1million, can secure their release.

Robert Davies, head of specialist risks at Hiscox, the London-based insurer, said that embattled ship owners are facing a big increase in ransom demands, as well as the cost of settling tense negotiations that last an averge 100 days. The average kidnap settlement is now $1 million. Previously, the pirates would have happily settled for payments “in the low hundreds of thousands”, Mr Davies said.

“It’s not just a growing frequency, there is also a growing cost of piracy, kidnap and ransoms,” he said. “The size of the ransom, depending on the vessel and its cargo, is growing. The time these things are lasting is also increasing. Before, they were quick in and out events. Now, the bad guys are a bit more sophisticated.”

Pleasure craft are also being targeted by the Somali pirates. A Kenyan-based shipping agency reported yesterday said that the bandits were demanding $1.4million for the release of a French couple seized last week as they sailed their yacht between the Indian Ocean and the Red Sea.

Jean-Yves Delanne and his wife Bernadette were dropped ashore on the Somali coast before being taken to a pirate hideout in the Xaabo mountains, according to the East African Seafarers’ Assistance Programme. It said that the group were also demanding the release of six pirates seized by French commandos in April as part of the ransom deal. The organisation claimed the couple’s luxury yacht, the 24 metre (79 foot) twin-masted Carre D’as IV, was probably being used as a decoy vessel to capture other ships.

“It might very well be used as a decoy to approach other unsuspecting yachts or simulate and signal an engine failure or other emergency at sea, whereby it then would attack any ship coming closer in order to provide assistance,” it said.

“If you think about Somalia – it’s not really a country anymore. It is being controlled by a bunch of warlords. It has become a haven for lawlessness. If you are a shipowner and want to get your cargo east to west, you pretty much have to go through the Gulf of Aden,” Mr Davies said.

In the first half of this year, 94 crew and passengers were taken hostage while trying to cross the Gulf of Aden, according to figures compiled by maritime experts at the International Maritime Bureau, part of the International Chambers of Commerce (ICC-IMB).

A further 63 people have been taken hostage in Somalia over the same period, according to the ICC-IMB.

And the evidence shows that Somalia is by far the most dangerous location for commercial travel this year – considerably ahead of the Philippines and Indonesia.